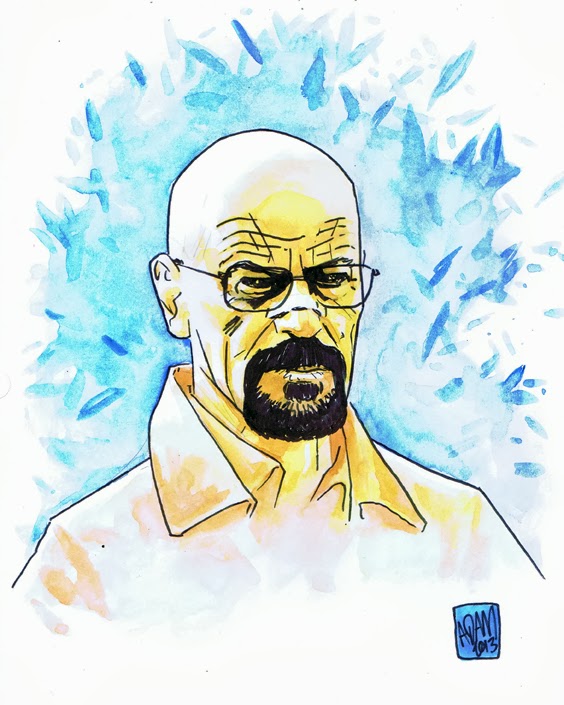 The series finale of Breaking Bad airs tomorrow night. Like most people, I am legitimately excited and distraught over this fact. I actually won't get to watch the finale until Monday, but nevermind that.

I didn't start watching the show until it was well after it's fourth season, so I've never really had any reason to draw or sketch anything related to the show. A recent sketch commission changes that and it couldn't be better timed. My first Walter White in time for the last Breaking Bad.

This is for Kevin, one of the great guys from Stadium Comics.

Posted by ADAM GORHAM at 11:10 AM No comments: Links to this post 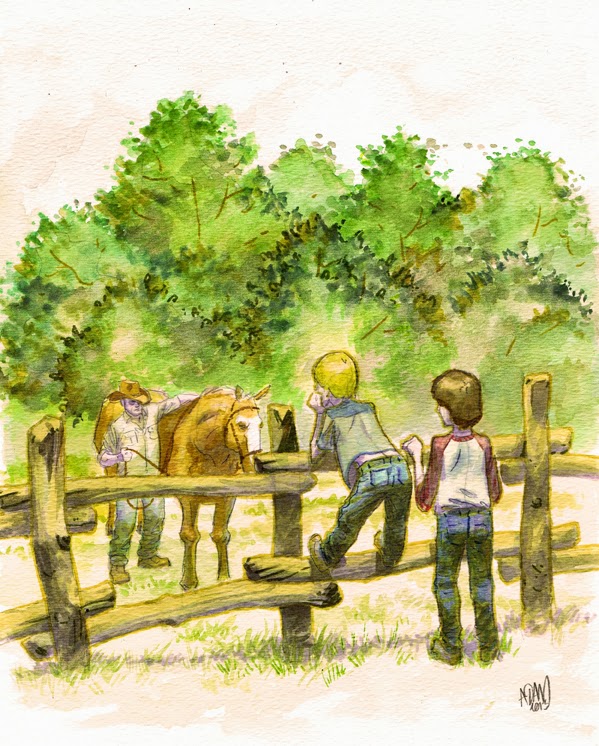 Here's a painting I finished yesterday for a family member. The subject matter is quite different from what I normally find myself doing, so it was a little challenging and refreshing. Projecting the warmth in the piece was an enjoyable experience.
Posted by ADAM GORHAM at 9:34 AM 2 comments: Links to this post 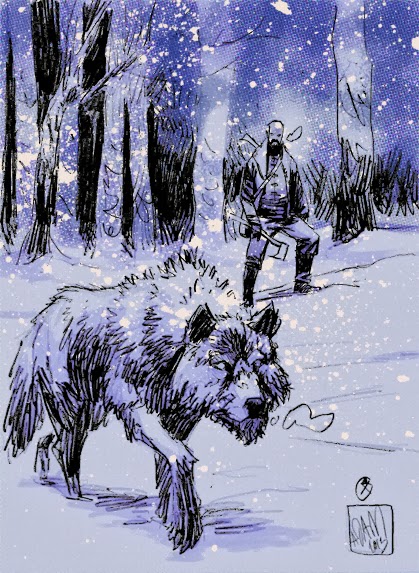 If you follow Base Camp X on Facebook or Twitter, you'll know that every Wednesday is Wolf Wednesday. The premise is simple; every week BCX features a badass wolf doing badass wolf things.

Since working with Graeme on numerous projects, he's suggested time and again I create something special for WW. Graeme is a fantastic guy and a good friend. I'm working on a huge painting for BCX right now, but I'd be damned if I couldn't find some time to squeeze in a wolf drawing. And here we are.

Posted by ADAM GORHAM at 12:14 PM No comments: Links to this post

Yesterday I attended Toronto's Word On The Street festival for the first time and I'm pleased with how it went down. I spent the early hours of the day hanging with my good pals Brian Evinou and Marvin Law. I was lucky enough to be visited upon by many friends from my Chapters bookseller days. Later on I spent some time at the True Patriot booth, slinging books alongside Scott Chantler (who said my Wonder Woman sketch was "pretty good." Yay!), J. Torres, Jack Briglio, and J. Bone.

Thanks to everyone for visiting me and for picking up copies of Teuton (which I did not expect to move.)

Here's a bunch of sketches I did during the show. The Gull Girl is actually for sale here. 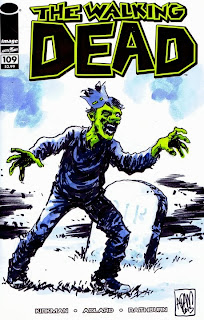 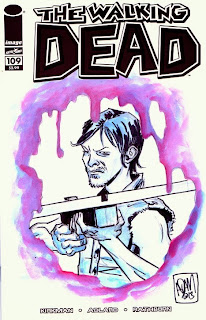 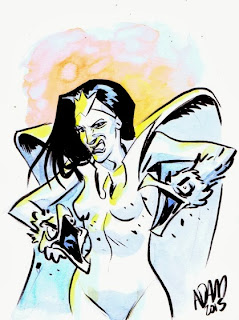 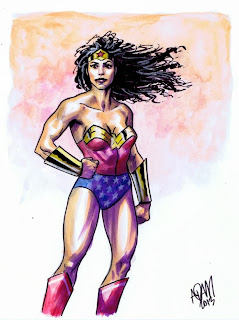 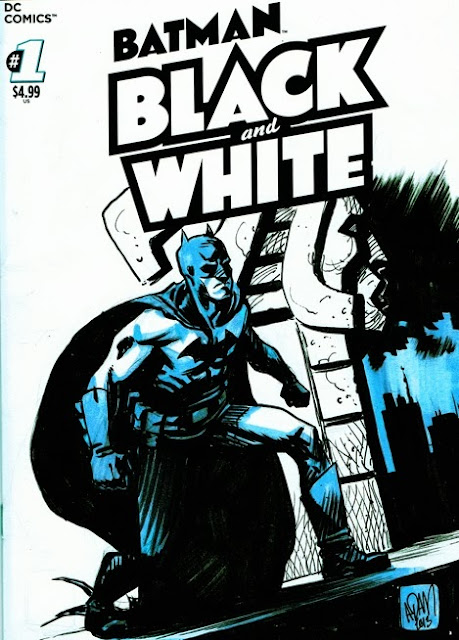 Posted by ADAM GORHAM at 11:58 PM No comments: Links to this post

Another delayed recap of another fun event!

This past Wednesday saw the release of two comics I had a small hand in contributing to. The first being Executive Assistant Iris #1 from Aspen Comics. I illustrated a retailer incentive variant for Stadium Comics and it came out pretty slick (see here).

The second title I had a minor role in this week was Zero #1 from Image Comics. I had the privilege of inking along side Michael Walsh, who drew the book. It was a blast to do and I'm really proud to see the finished product looking so dope.

Anyway, I tried posting as many of the sketches from the day as I could on Twitter. In case you missed them, here they are... 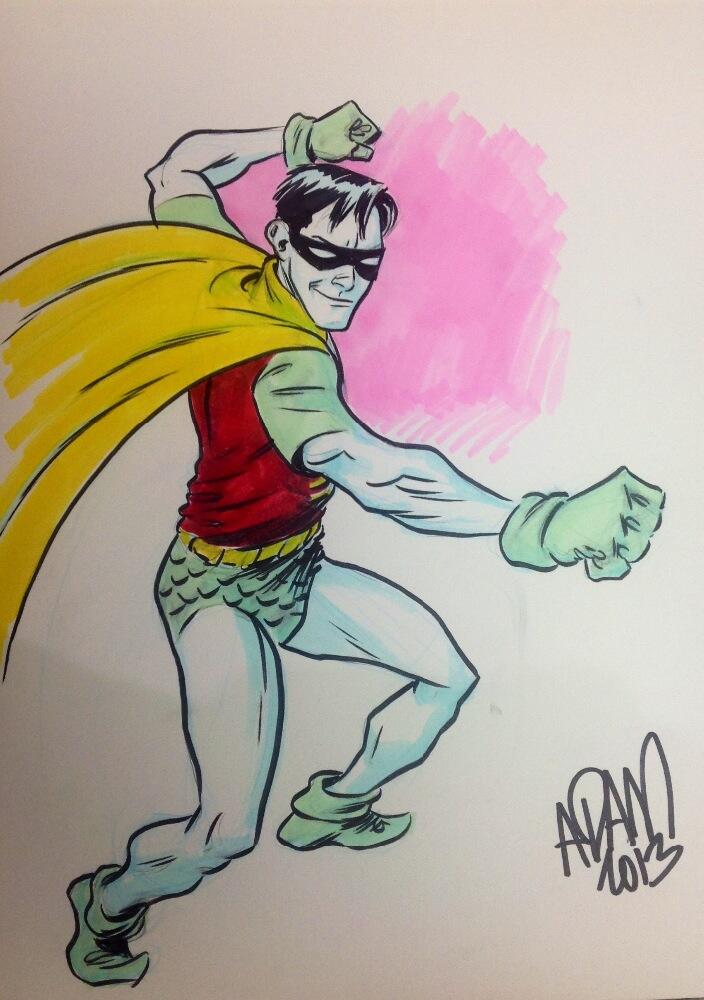 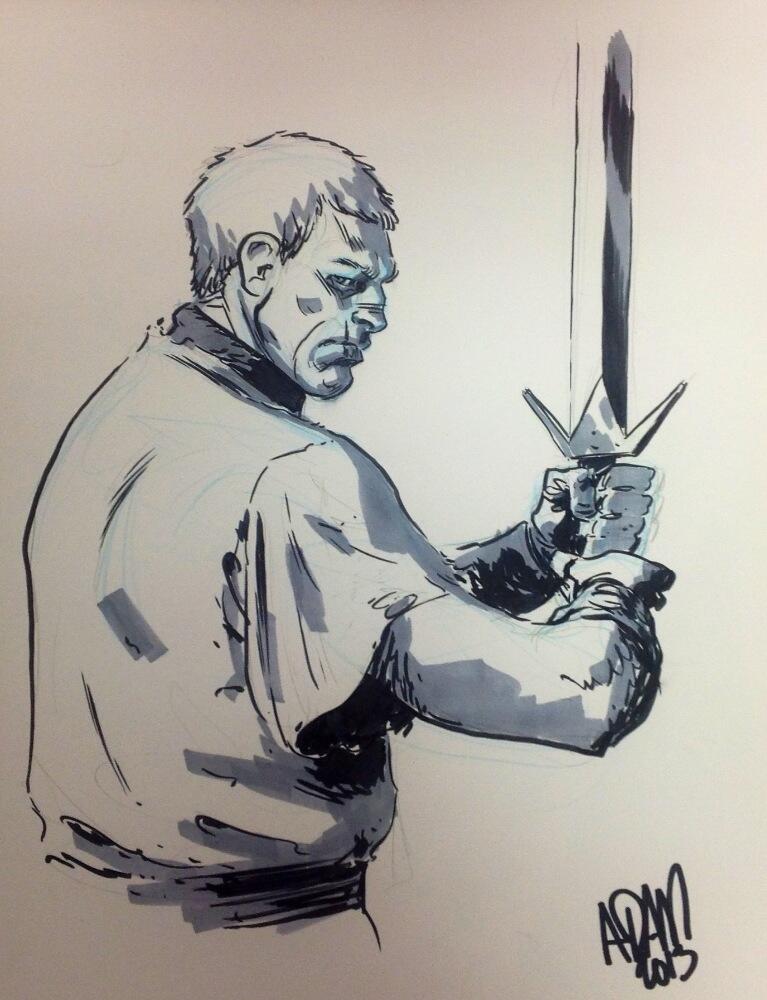 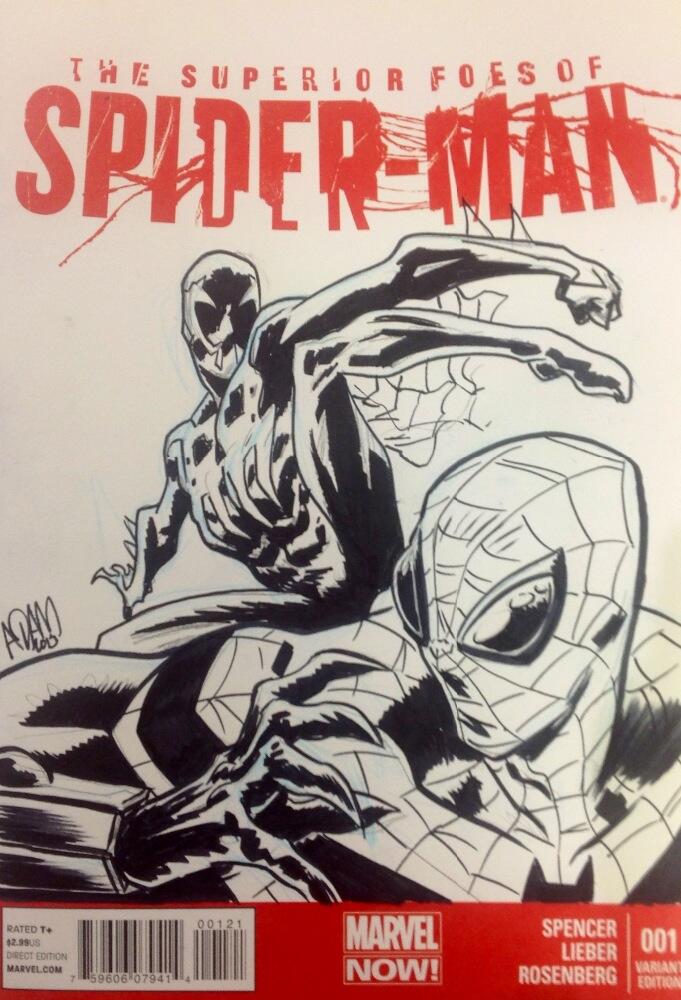 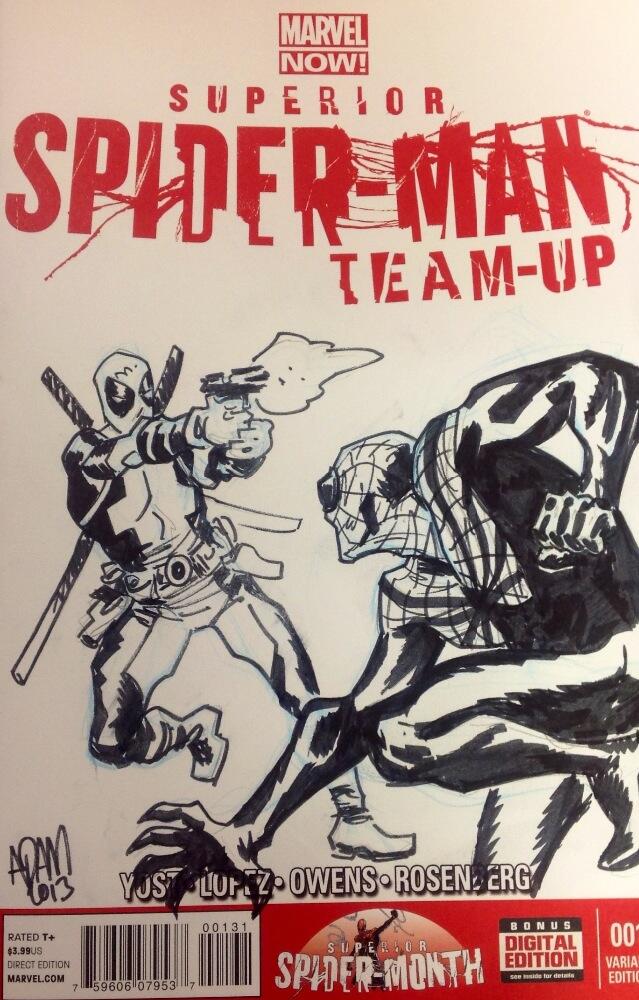 Posted by ADAM GORHAM at 11:11 AM No comments: Links to this post


Continuing with yesterday's depiction of the novel Mother Night, Howard W. Campbell Jr., Nazi propagandist and American spy, says good-bye to his father in-law, Werner Noth, before leaving for the Russian front. Campbell is in fact fleeing the war to America. In their last moments together Noth, the police chief of Berlin, lays all his cards out for Campbell.
Posted by ADAM GORHAM at 11:01 AM No comments: Links to this post

It tells the story Howard W. Campbell Jr., his double-life as a Nazi propagandist/American spy during the second world war, and his displacement and isolation after the war. It's a poignant and tragic book whose famous moral is made explicit in the author's forward:


Revisiting the book time and again, I've come see the book also examines the power of convictions, and Campbell's lack thereof. At any rate, it's long been a quiet dream of mine to adapt this book as a graphic novel. This morning's warm-up will have to do for now.

The scene depicted takes place near the end of WW2. The Russians are advancing on Berlin as Germany realizes their war is all but lost. Campbell, whose wife Helga was killed in a Russian bombardment, is fleeing the war--and Germany--for good. Under the pretense he is headed to the Russian front, Campbell visits his in-laws one last time before disappearing to America.
Posted by ADAM GORHAM at 11:45 AM No comments: Links to this post

This Wednesday I'll be appearing at Stadium Comics in Brampton for the release of Executive Assistant Iris #1 from Aspen Comics.

I illustrated an incentive variant for the title that is exclusive only to Stadium Comics.

Be sure to stop by Wednesday from 12-8 for a signed copy. I'll also have copies of Teuton Vol.3 for sale and will be doing sketches.

For more super awesome details on Wednesdays even, jump over to Big Sexy Comics.

This marks the second commissioned cover I've done for the awesome people at Stadium Comics and Aspen; the first being Bubble Gun #1. While I took my time for that cover and got it just the way I liked it, this latest was very last minute and I was left feeling like it could've gone in different directions.

I received the offer from Stadium to draw their Iris variant while I was buying gear a day before I left to the badlands of Montana for a fossil dig. They needed a fully finished piece urgently and I had a very small window in which to complete it.

Working quickly, I was left with two versions I liked equally. Well, one perhaps more than the other. Ultimately I let Stadium decide which they preferred. I think they made the right choice. Still, one serves to make the other more interesting I think. So have a look at the road not taken...

Posted by ADAM GORHAM at 12:57 PM No comments: Links to this post

To address the misquoted lyric in this morning's warm-up, I'd like to point out that I realized my error soon after posting it. I was working quickly to finish and missed it entirely. Then I sung my bastardized version in my head and had to laugh at myself, and so it remains.

Enjoy the art and join me in laughing at artsy hubris.
Posted by ADAM GORHAM at 11:42 AM No comments: Links to this post


Additionally, here are a couple of sketches from yesterday for people who purchased Teuton Volume Three online.

Jealous? Don't be. Get your copy at the Big Sexy Comic Shop! 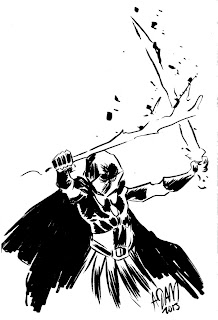 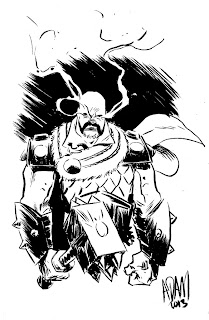 Posted by ADAM GORHAM at 11:04 AM No comments: Links to this post


Morning warm-up sketches are important. In fact, most artists will tell you that it takes a couple hours of drawing time to mentally and physically fall into the groove of a work day. This is as true for me as it is for every other working artist.

Sometimes thinking up subject matter for a warm-up is a hurdle. The key is to not over-think it. You're essentially turning the taps of your creativity on, so let it flow and go with whatever spills out. I do, however, like to choose themes for my warm-ups and loosely follow them for as long as the mood lasts. In the past I've sketched my favourite villains and anti-heroes from film and literature. It's a well I enjoy returning to.

But another element that's a common part of my morning warm-ups is music. Songs will play at random and out of that mix a song or lyric will rise to the top of my awareness and trigger a thought or a memory or an image that quickly inspires. So recently I thought, why not try to capture those tiny moments?

Hence the images above and below. I recommend listening to the songs these pieces were inspired by. Enjoy!

Posted by ADAM GORHAM at 12:02 PM No comments: Links to this post

Fearless Fred and I fared very well at Fan Expo the other weekend. We debuted the much anticipated Teuton: Volume Three, the final installment in our medieval epic from Big Sexy Comics. The reaction from fans were phenomenal and we sold out of V.1 & 3 completely by Sunday!

With that said, copies of Teuton V.3 are available for purchase online at the Big Sexy Comic Shop!

There's actually a ton of great stuff at the online store, including all three Teuton books, prints, and original art by Yours Truly. 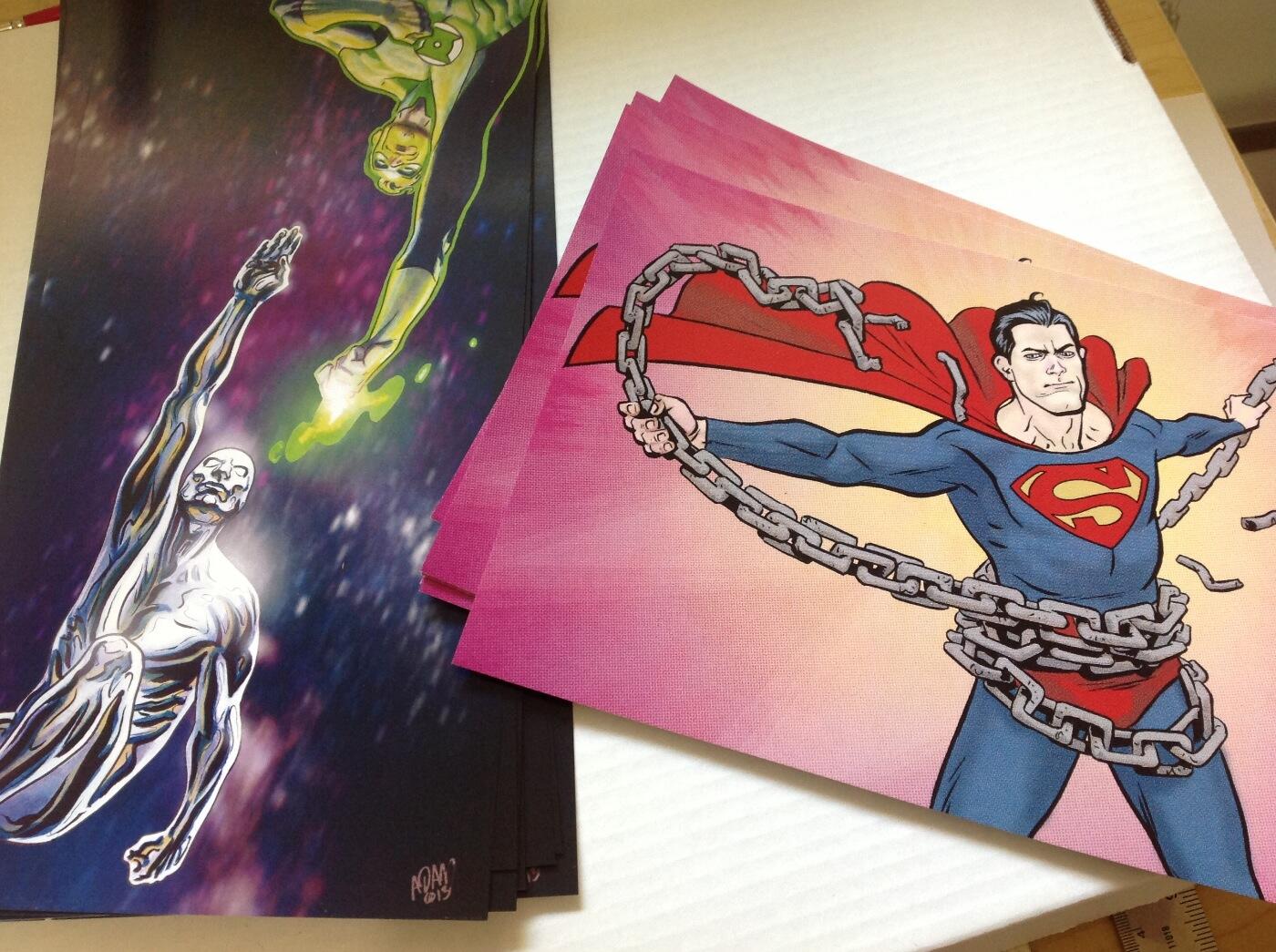 Recently added to the store are my Superman Unchained and Green Lantern/Silver Surfer prints for just $10 each.

As well, come painted sketches from Fan Expo 2013 are up. Check it all out!

Posted by ADAM GORHAM at 4:02 PM No comments: Links to this post

Christ, that already feels like a long time ago.

This is the first interview I've actually felt good about after seeing it. Magic was in the air those five minutes, and you can witness it!

Posted by ADAM GORHAM at 3:45 PM No comments: Links to this post